I have written several articles about the lack of research funding and the stigma associated with lung cancer. I hope the example I give in this article clearly illustrates my point.

The program has many merits. Cancer survivors have an opportunity to review the research proposals, offer their insights and vote for the research project they think will have the most impact. (Let me know if you are interested in doing this and I will get you connected. You can do it online or in person.) 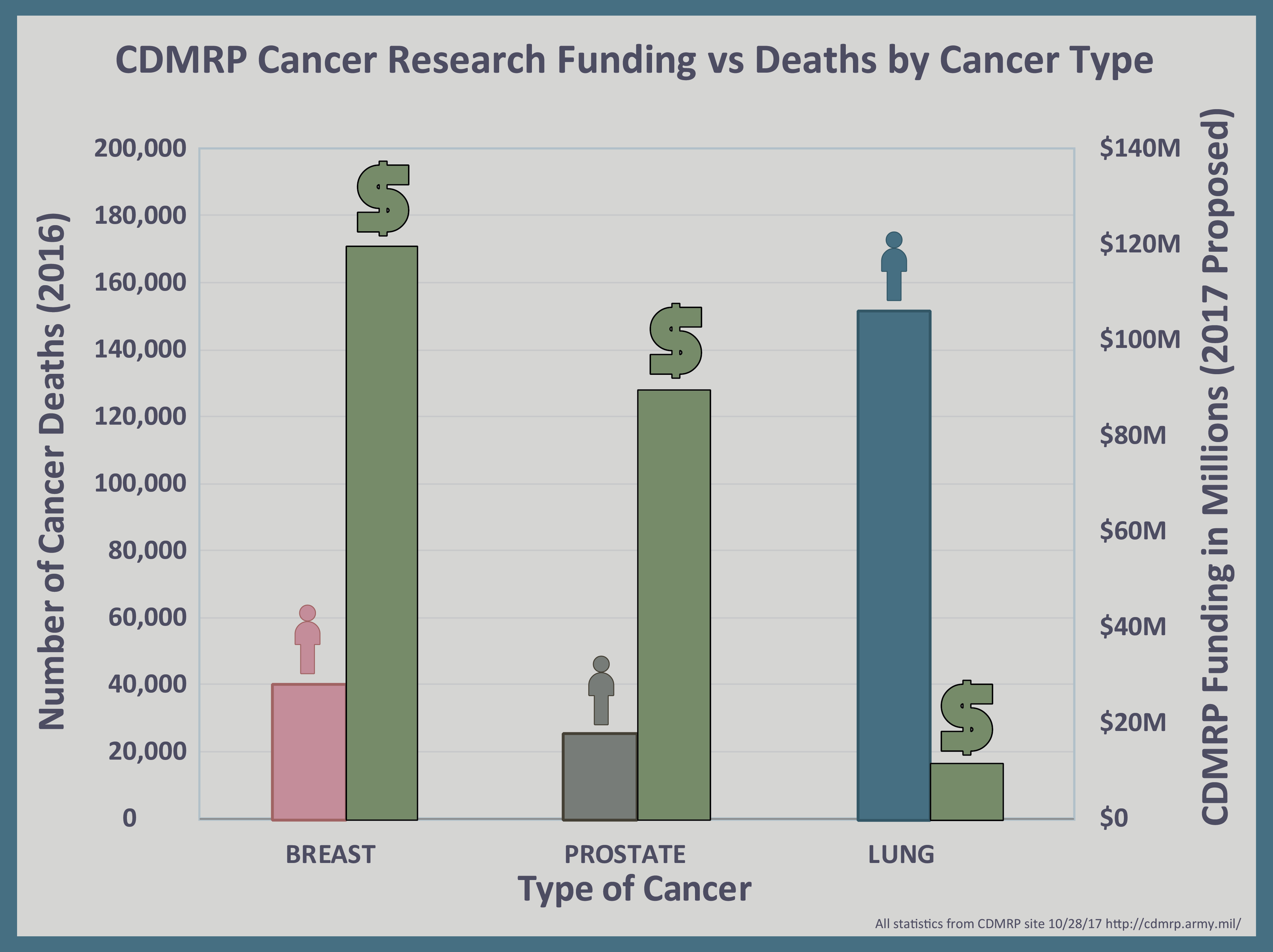 And yet, an estimated $3.28 billion (with a “b”) has funded breast cancer through this program.2 (See more here.) Since the program began, approximately $101.5 million has been appropriated for lung cancer research.1

We can all agree there is more than one national health emergency. We are simply stating that it is time to include lung cancer as a national emergency. Lung cancer research funding deserves its fair share of the cancer research pie. Simply increasing the size of the overall pie magnifies the disparity even more. Lung cancer needs a significant increase in funding now.