As a lung cancer survivor, I am tired of feeling abused, unworthy, and ashamed to ask Congress for truly fair funding. I am sick of excuses.

Where does lung cancer research funding come from?

Why do we need increased funding?

Every advocate for every type of cancer (or any disease) wants more funding for their cause. I understand this. But our case is dire. We desperately need a significant increase in funding.

So, what is equitable funding? How does Congress determine the amount of funding for each program? How do we, as advocates for the lung cancer community, determine a fair amount to request?

Let’s start by evaluating similar programs within the same funding mechanism. The first cancer research program developed by CDMRP was the Breast Cancer Research Program which began in 1992 with $25 million. That program had a nearly 10-fold funding increase—from $25 million to $240 million—in FY1993-94.

Then, in 1997, CDMRP funded the Prostate Cancer Research Program at $45 million. Within four years, in 2001, funding for that program had more than doubled—from $45 million to $100 million. 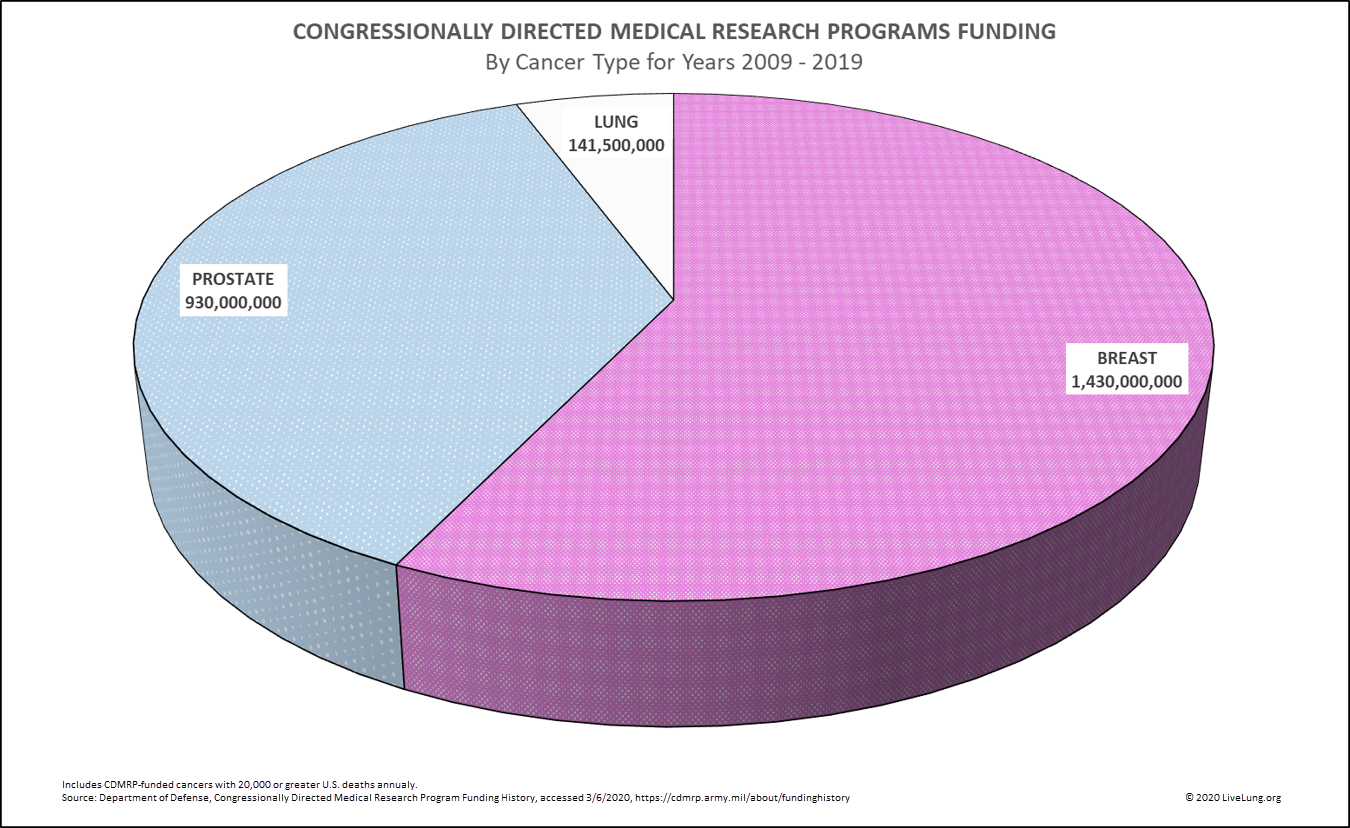 Meanwhile, there was no funding for lung cancer research by the CDMRP. In 2009, the Lung Cancer Research Program was created and funded at $20 million.

However, rather than increasing that program 10-fold, like what was done for breast cancer or even doubling like prostate, the lung cancer program was slashed. Within a couple of years, the Lung Cancer Research Program was cut in half—from $20 million to $10.2 million. 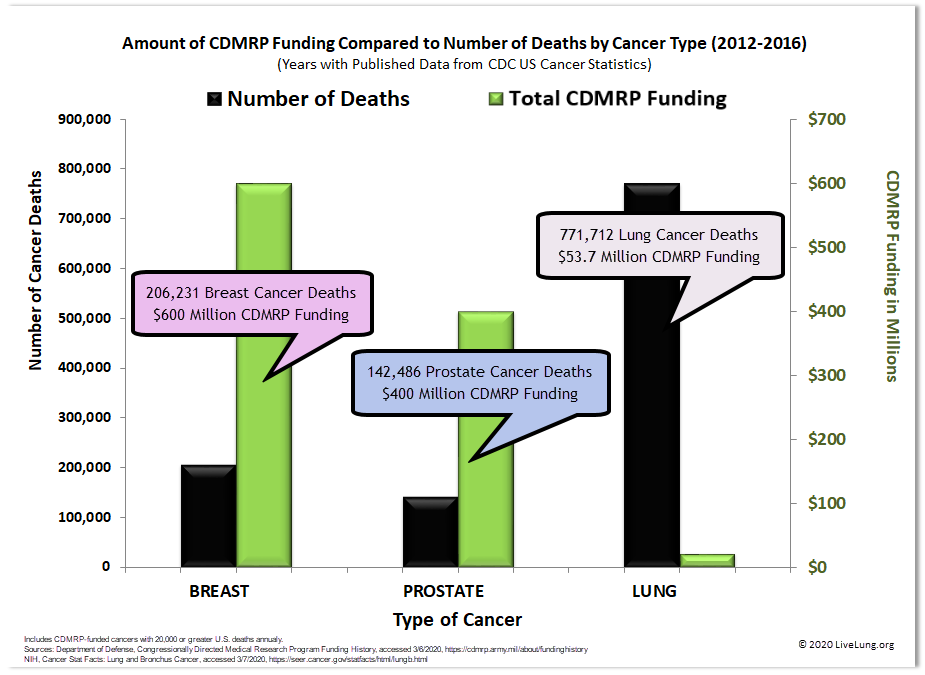 In fact, that first year was the most money the Lung Cancer Research Program has received since it was created more than a decade ago.

Read the continuation of Dusty's message in Tell Congress to Fund Research Fairly (Part 2). Learn more about the 2020 Virtual Lung Cancer Voices SummitSpeaking Out as One.