It’s About Moments and Milestones 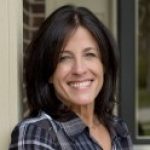 I attended the International Association of Lung Cancer’s (IASLC) World Conference on Lung Cancer (WCLC) in Toronto at the end of September. It is the world’s largest meeting dedicated to lung cancer, attracting more than 7,000 researchers, physicians, and specialists from more than 100 countries. I was asked to give my perspective at the final press conference on what the promising new developments in lung cancer research mean to me as a patient. Below is my presentation.

My history with lung cancer

I did what I could to get educated, be an advocate for me and my family, and to help advance a cause that many were not aware of and/or not interested in. While doing so, in 2009, I was diagnosed with lung cancer at 39 years old. My kids were 6, 8, 10 and 12 — and their only association with the disease was death. They were scared, and my greatest fear was becoming a reality. I was following in my family’s footsteps, and there wasn’t any promising research that convinced me that the path would change.

Thankful for developments in research

For many years, the only distinction doctors could make was whether a person had small cell or non-small cell lung cancer, and patients had 3 treatment options; surgery, radiation, and chemotherapy. It wasn’t even until the 1990s that combination therapy was approved. And still, there was debate whether it was even worth treating lung cancer because in many cases the toxicity was worse than the disease, and the benefits from chemotherapy were marginal.

Developments in lung cancer research over the past 10 years have galvanized the community. Since 2015, the FDA has approved 23 new treatment approaches for lung cancer and as of August, there were 2,812 interventional lung cancer trials listed in the clinical trials database for the United States. Driver mutations have been identified in more than 10 new genes, of which 4 already have FDA approved targeted therapies. Just a month ago, we saw an approval for immunotherapy for small cell lung cancer for patients who have progressed on chemotherapy – This was unthinkable just a few years ago.

The hope we waited for…

There has been remarkable growth in the number and variety of therapeutic options. Discoveries in targeted therapies, immunotherapies, targeted radiation, and better imaging have been practice changing and exciting, especially for those who have been in practice for years and can finally offer their patients promising treatment options. For me, as a patient and as an advocate for the past 17 years, I am overcome with emotion because this is the hope that lung cancer patients and our families desperately need.

I know there are always challenges, concerns, and debates, even with the most promising advancements, but the important part is knowing the science and applying it in the context of everything else that is part of being human.

In part two, Jill shares her personal journey with lung cancer and her hopes for the lung cancer community looking ahead. Read the continuation of It’s About Moments and Milestones here.