Is There A Dead Tumor In My Chest? 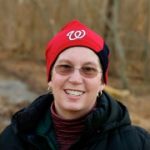 I raised this question with three different cancer doctors following my recent CT scan follow-up with my own oncologist. When the results were, once again, basically stable on the sole tumor we’ve been following for the past year or more, I asked my doctor the question that has plagued me for a long while. Why is this tumor that is still sitting in the middle of my chest on my liver not doing anything? Why is it not growing, or shrinking? I always thought the nature of cancer cells was that they divide and grow and do whatever they can to defeat the good guy cells around them.

From malignant to benign?

My doctor’s answer was that this tumor may, in effect, be dead. I didn’t question him about this statement further at the time, but it made me wonder if a tumor can go from being malignant to being benign. I put the question to three doctors I’ve met through social media on Twitter. They gave me a little more to chew on.

Asking for some other opinions

The first doctor said, “A malignant tumor can’t turn benign, but visible tumors on scans can certainly be mostly or all scar tissue (“dead”). For some reason some tumors also can remain dormant but alive so we usually would continue to follow them with scans more or less indefinitely.”

The second doctor said, “That’s actually a really difficult question to answer because, in some sense, there are certainly things that occur that we cannot adequately explain or generalize. Who knows – it may be a ‘pseudo-tumor’. There are all sorts of esoteric entities to consider, especially in the position you describe – I am presuming it is on the right hemidiaphragm? That being said, while it is possible, I think it would be unlikely, but that is the best I can offer based on limited information.”

The third doctor said, “It is possible. You got treated with chemo/RT [radiation therapy] right? That is one of the troubles with RT though is that the ‘scar’ sticks around. Sometimes microscopic cancer can still live in there. However, if it hasn’t grown or changed in shape during those two years, it may in fact be dead (and hopefully is!).”

It’s been nearly two years that this liver tumor has remained stable, and I’ve now been off treatment for the past year. The tumor in my right lung is no longer visible on my CT scans. My oncologist and I have, together, decided that I would go to a six-month scan cycle barring symptomatic changes that cause us to reevaluate that schedule. I’ve been getting scanned at a minimum every three months for the past 6 years, so this caused me to feel a slight degree of trepidation, but it also makes sense to me. Why radiate one’s body more than absolutely necessary, right?

Keeping a watchful eye on my tumor

I know that all it takes is one cancer cell to start dividing again, to try to vanquish the cells around it for this liver tumor, and possibly new ones, to become active and aggressive. So, I will remain vigilant, hoping that indeed what shows on my scans is nothing more than scar tissue. Even with amazing scan technology, medicine remains as much an art as a science, and answers are rarely 100% certain.