Hi, My name is Linda. I was diagnosed last April 2020 in the midst of the pandemic. I had a history of lung nodules that were being followed up until 2018. I developed a dry hacking cough at night thought it was Covid as I am a Registered Nurse.

What I thought versus what it was

I was negative for Covid! I asked my doctor for a CT scan but radiology places were not open and I wasn’t sick enough for The ER. I knew something was not right. I ran five miles a day and had no problem. Finally May 5 I got a CT scan that showed a weird finding in my right lower lobe. Ugh, I knew this wasn’t good. Impression was a further diagnostic workup needed! I had consulted with my pulmonologist who said hospitals aren’t doing elective surgery so we were unable to schedule a Bronchoscopy.

I was angry that my diagnosis was going to take a while. By June I got in and yes biopsy came back to cancer. Had a pet scan was staged at 2a or 3a they weren’t sure. I was a surgical candidate. Thank goodness I thought! I went to two very big cancer centers In the New York area and got two opinions. Both agreed on neoadjuvant chemo four treatments then surgery. I was able to get through the cisplatin and Alimta but was transfused twice during treatments. It was an awful journey my tumor did not shrink after four treatments it grew and spread to my liver.

Finding out I had stage 4 lung cancer

I was told on Friday before my surgery consults Monday. I screamed and cried stage four? How! I was a surgical candidate! I did switch oncologists in the system after that! I felt my oncologist did not watch my tumor as we had a ct scan after two treatments of chemo and I voiced my concern that it’s not shrinking. I was put off. I got a liver ablation to the liver lesion then did three weeks of high dose radiation to my now 5cm tumor previously 3cm. Had radiation treatments liver ablation then started with Opdivo and Yervoy immunotherapy! After bi-weekly infusions of three months, we did a CT scan.

My treatment plan work for me

The results were awesome. Everything shrunk!! This was now February 2021. Immunotherapy and radiation were working. I was having minimal side effects from this treatment. I had twenty-four treatments with combination immunotherapy. However, I developed pancreatitis in September so I am off my treatments. I’m on steroids low dose and doing well. My oncologist doesn’t want to revisit immunotherapy anymore unless I have regression. I’m not sure I agree and may get another opinion. I have a great relationship with her And I know she wants to do the right thing!

So I’m blessed to be cancer-free and enjoying life. My family and friends are everything to me. Cancer has made me see the joy where there was none. Cancer has made me be a better person and accept things I can not change. I laugh more And love more and I will continue to see the beautiful things that this life brings each and every day! I have a loving supportive Fiancé and two supportive daughters! A good support system is so important. I stay positive and I am beating this beast head-on. 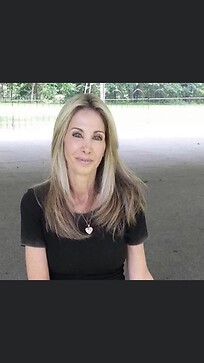