Lung Cancer Stigma – What Can We Do About It? 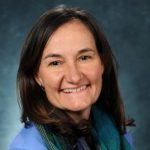 Lung cancer stigma is a feeling imparted by others that one’s disease was self-inflicted and/or their situation is hopeless. Most people diagnosed with lung cancer have experienced this stigma which most often packaged as the question “did you smoke?”. Lung cancer stigma can result in feelings of fear, guilt, and blame. In order to fight lung cancer stigma, we first have to recognize that it exists.

The Lung Cancer Project developed an online tool to measure lung cancer stigma using something called an Implicit Association Test or IAT. An IAT measures subconscious biases in thinking.1 In an IAT, individuals are instructed to match pictures and/or words. The test measures how quickly people put the two together. Small time differences have been shown to measure unconscious biases in thinking. In the study by The Lung Cancer Project, the researchers found that people matched breast cancer pictures with favorable words more quickly than they did lung cancer pictures and matched lung cancer pictures with negative words much faster than they did breast cancer pictures. This was true for patients, caregivers, healthcare professionals and the general public.

As patients, caregivers, and healthcare professionals, we often carry our own biases that we don’t even recognize. The test developed by The Lung Cancer Project is available here and the results of your own test might be surprising.2 Once we can identify our own biases, we can take steps to ensure that we are fighting, and not promoting, lung cancer stigma.

Education is a key to fighting lung cancer stigma. It’s important for people newly diagnosed with lung cancer to recognize that this “isn’t your father’s lung cancer”. Key points for patients to remember are:

Advocates have a role in educating others in order to dispute common myths about lung cancer. This can require at times being on the offensive rather than the defensive when asked the question “did you smoke?”. Being armed with facts about lung cancer can help others recognize the inappropriateness of the question. It can also give you a sense of control in knowing that you have a role in fighting lung cancer stigma. The organization Free to Breathe offers “Anti-Stigma Stats” to help in these conversations.3 Some helpful facts are below.

Finally, if you are living with lung cancer, seek support when you need it. Most cancer centers have social workers on their clinical teams who can provide counseling, and can connect you with individuals or groups of others who are living with lung cancer. Cancer Care has an online lung cancer support group and the Lung Cancer Alliance has a telephone buddy program.4,5 One of the reasons lung cancer stigma has persisted is that people are reluctant to talk about it. By connecting with each other, patients, caregivers, and advocates can be the face of lung cancer, advocating for more attention and funding, new and better treatments, and an end to the stigma of lung cancer.