Kidney Damage From Chemotherapy: My Story and What You Should Know 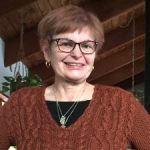 After four chemotherapy infusions, I was feeling pretty good. My energy level and feeling of well-being were on the rise. CT scans showed that my lung cancer was shrinking as well. While chemotherapy is no picnic, I was tolerating it well. It was decision time: would I go for another two infusions of the carboplatin/pemetrexed/bevacizumab chemo triplet I was taking? Or was it time to drop the carboplatin and continue with maintenance chemo of pemetrexed and bevacizumab?

I decided that I wanted to be aggressive and do up to two more cycles that included carboplatin. Both my consulting oncologist at Memorial Sloan Kettering and my local oncologist, who was overseeing my chemo treatments, agreed with my decision. I had my fifth infusion, rested for a few days, and flew off for a few weeks of travel. Not noticed by me: rising creatinine levels in my pre-infusion blood tests. My oncologist and the chemo nurse didn’t mention this to me, either. Even though my levels were above normal, apparently they were still within a tolerable range for chemo.

Do you pay attention to your creatinine levels? Do you know what they mean? They are a measure of how well your kidneys are working. Your body produces creatinine every day as part of your normal body functions, and your kidneys excrete it. If levels of creatinine start to increase, it’s a sign that your kidneys may not be working properly.

In my case, rising creatinine levels were the only sign that my kidneys were unhappy. I was passing normal looking urine in normal quantities at normal intervals, with no discomfort. I felt somewhat unwell as I recovered from my fifth infusion, but my symptoms felt like standard chemo side effects. It wasn’t until I had blood tests before my sixth planned infusion that we knew I had a big problem. I had acute kidney failure accompanied by very high blood pressure. My oncologist admitted me to the hospital and asked a nephrologist to join my medical team. We spent the next week trying to find the right mix of medications to get my blood pressure under control. I was released from the hospital with prescriptions for four blood pressure medications. I was also totally off of cancer treatment for two months, waiting for my kidneys to heal. They are healing slowly but are not back to normal functioning. Unless they recover some more, my future lung cancer treatment options are very limited.

We’re told that regret is futile and that it’s not helpful to wonder about “what might have been”. It was my decision to add those two extra cycles of carboplatin, and I’ve wondered if that caused my kidney damage. Did my desire to prolong my life, in the end, potentially shorten it? When I talked to my oncologist about these feelings, she assured me that no, it was the pemetrexed. As it turns out, kidney damage from pemetrexed is a known side effect.

Researchers in Italy did a retrospective study of lung cancer patients who took pemetrexed. They observed that kidney damage tended to occur relatively soon after patients started treatment, rather than during long-term maintenance. They also observed that the affected patients were likely to be anemic and to need treatment for neutropenia. All of these factors are true about my case. It looks like I was a poor prospect for successful maintenance chemo with pemetrexed even before I had that fifth infusion.

No one planning to start chemo with pemetrexed should look at my case and decide to forego this treatment which has helped so many. I know several people who have been able to use pemetrexed for many months, even years, without kidney damage. When you start chemo, however, be aware that kidney damage is a possible side effect, and don’t take your kidneys for granted. Stay well hydrated and pay attention to your creatinine levels. If something doesn’t seem right, let your doctor know.

Editor’s Note: We are extremely saddened to say that on June 27, 2019, Anita Figueras passed away. Anita was a valued member of the Lung Cancer community and an incredible advocater. She will be deeply missed.