Learning to Come to Terms With My Lung Cancer 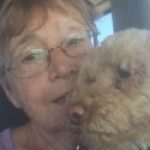 Doctors tell us that no two cancers are alike and no two people will experience identical outcomes. But that made no sense to me. To my mind we’re receiving the same treatment why shouldn’t we experience the same outcome? After all this is what happens when we take antibiotics for an infection or diabetics use insulin. Shouldn’t lung cancer patients expect that too?

Visiting patient to patient web pages and boards began my education process. There I met hundreds of people who shared their stories. People who had the exact same treatment as I and similar tumor loads were losing their lives to cancer after a few short months or years.

It’s a story I’ve watched repeated as each new precision treatment drug came out of trials and each new patient started them. Some patients were having amazing results and would find themselves three and five years out, others not so much.

A common thread that developed over the years might be labeled, “What can I do to make sure that I live longer than my expected expiration date?” “How can I make sure my treatment works?” To that end, I’ve watched as my fellow patients adopted lifestyle changes that covered every type of exercise, diet, or behavior.

“Sugar feeds the cancer, don’t eat sugar”, people would say. And after denying themselves treats many who counseled me against sugars died months later while I thrived. The brain and heart need sugars to function and simple sugars are best, but, I ate a hot fudge sundae every day of my treatment and I kept a stash of pudding and chocolates next to my bed for a fast snack during treatment. Refined sugars, it would seem, did not hurt me.

Still, others proclaim that a plant based diet prevents progression. The body needs proteins to heal and many who embark on a plant based diet fail to get the protein they need. And it’s counterintuitive to the dozens of vegetarians and vegans I met through patient boards when they received a stage 4 lung cancer diagnosis. Me? I enjoy a slab of ribs, a burger, or hot dogs and consider them “quality of life must haves.”

Herbs? Supplements? Curcumin? DMSO? Medical Marijuana? Vitamin C? Laetrile? If these things truly cured cancer someone somewhere would have received a Nobel Prize. Prices for a single treatment would be tens of thousands of dollars. As for the people I’ve met who claimed that these and other things cured their cancer, careful questioning reveals that they had chemo, radiation or surgery in addition to their supplements OR they never had a biopsy to confirm a cancer diagnosis to begin with.

“Heat will destroy cancer cells”, some said and I watched as they spent hundreds of dollars on biomats that they used with religious dedication. And I commiserated with them when they experienced progression despite their daily use of their biomats.

“Fasting will make the cancer more susceptible to the chemo treatment”, is another rally point. So far I only know two people who’ve tried that. Both had the same outcome-progression. Not enough data for me.

Evidence suggests that moderate exercise aids in recovery and I firmly believe in getting regular exercise. But exercise will not prevent or cure cancer. Those same patient boards mentioned earlier are populated by numerous swimmers, cyclists, marathon runners, yoga instructors, and martial arts practitioners.

My “secret” to a longer life

Patients I meet through my volunteer activities at the oncology center often ask what dietary or behavioral habits I attribute my nearly 8 years of survival to. The best answer I can give them is sheer dumb luck. I’ve managed to thrive despite my diet and failure to grasp at fads in survival.

As my survivorship continues I’ve moved to a balanced diet and moderate exercise. I continually educate myself about new treatments coming down the line in order to know what will be available when the inevitable progression happens.

Stick with your regular wellness exams. An annual mammogram identified a suspicious mass just one month after my regular chest CT in 2014. It later turned out to be invasive ductile carcinoma. That CT did not show it. Pay attention to the messages your body sends you and follow through with your doctors.