Lung Cancer: How Informed Are We?

When you are diagnosed with lung cancer, it can feel like you have been thrown into a new world of confusing terms and big decisions to make quickly. There are also some inaccurate and insensitive assumptions about lung cancer that can be hard to look past. To broaden our understanding of lung cancer, we asked more than 800 people living with lung cancer to offer a glimpse into life after diagnosis.

How well do we know lung cancer terminology?

The language of cancer can be hard to understand at times. After being diagnosed, people talk about how they were suddenly thrown into an unfamiliar world with terms and expressions they had to quickly learn.

Most people with lung cancer are familiar with general cancer terminology. People felt pretty familiar with terms like immunotherapy (87%), targeted therapy (74%), chemo brain (66%), and biomarker testing (58%), but there are some terms that are less familiar.

About half of those living with lung cancer felt unfamiliar with the terms squamous carcinoma and scanxiety. Even fewer people knew about the terms PD-L1 (38%) and precision medicine (21%). 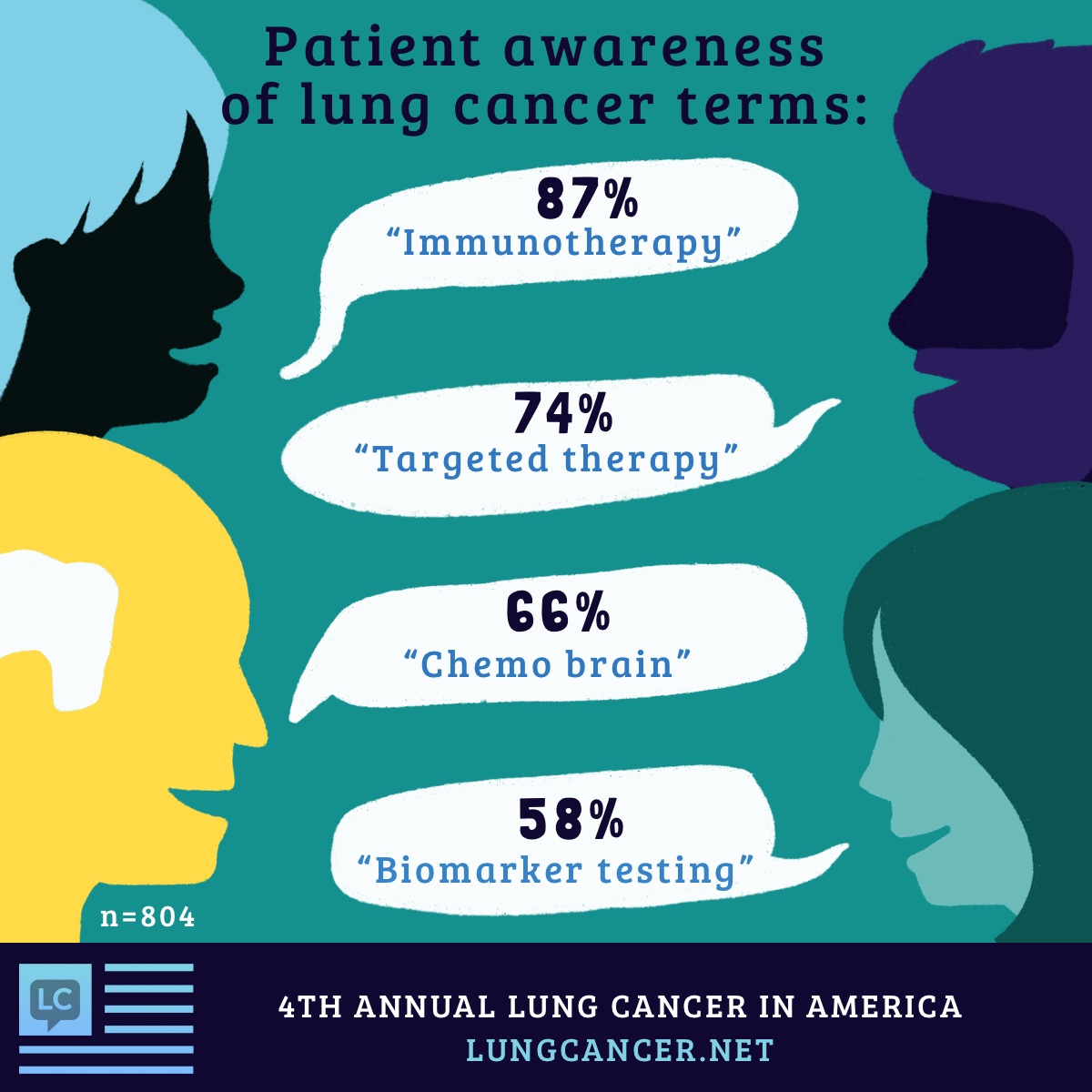 People sometimes assume they cannot change doctors after diagnosis. Whether it is because your doctor is not the right fit for you or because you just want to compare opinions, seeking a second opinion can help people make more informed decisions about their lung cancer management.

Second opinions can help at any point during lung cancer diagnosis and treatment. However, only 44 percent of people living with lung cancer have sought out a second opinion.

How does biomarker testing fit into lung cancer?

Lung cancer treatments are more diverse today than ever. In the past, options were more limited, but treatments now include immunotherapies and targeted therapies. 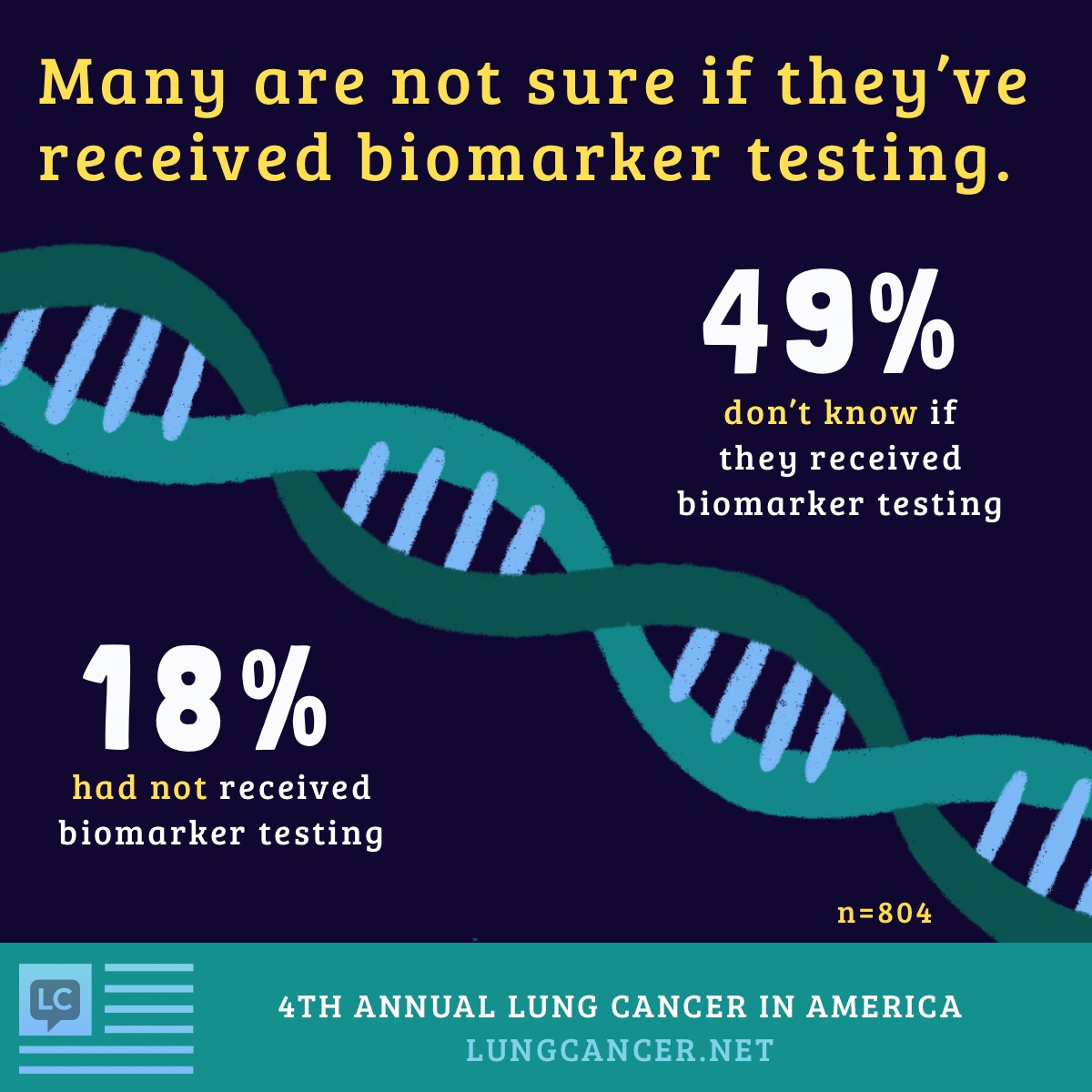 Do you know your PD-L1 expression status? 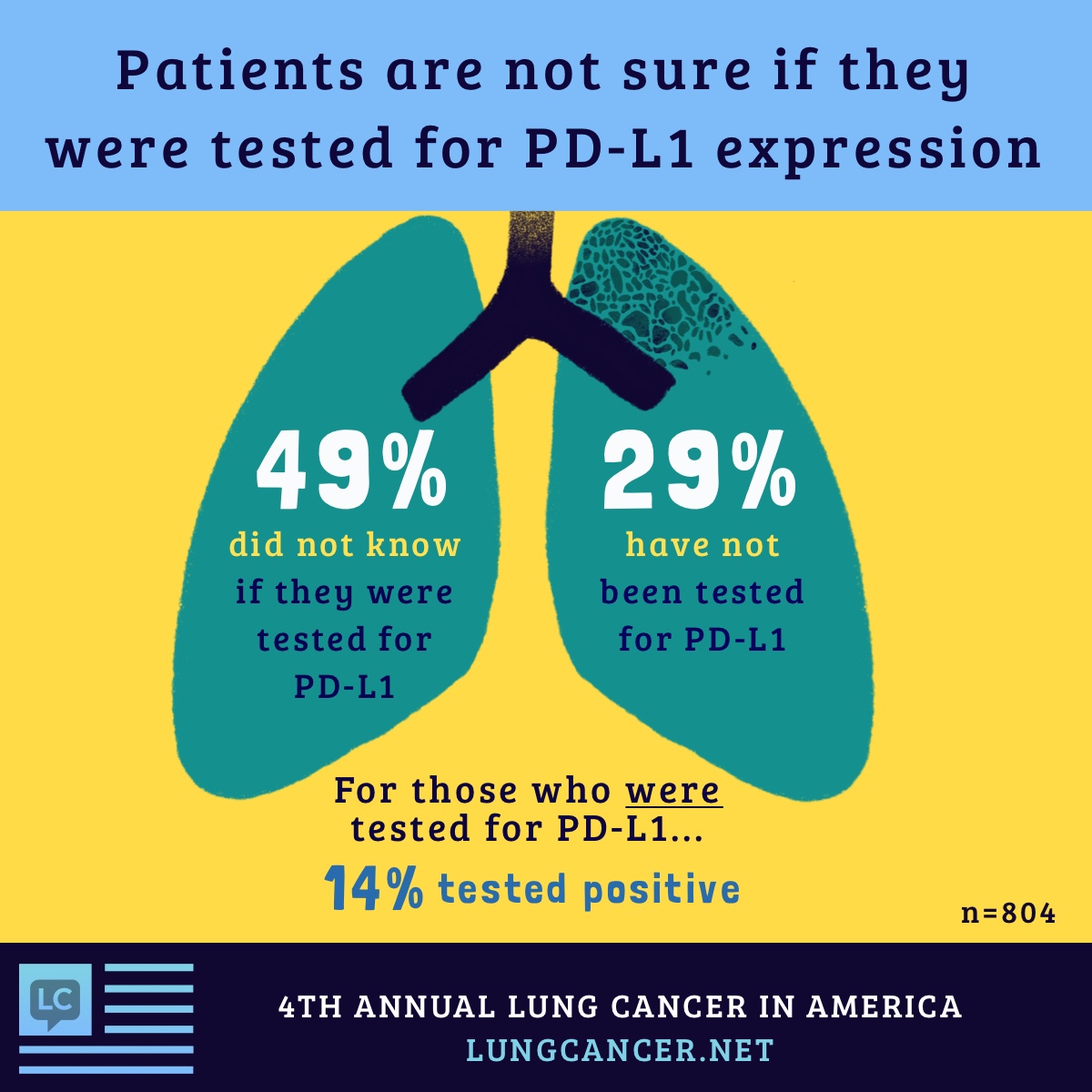 How aware of lung cancer were you before your diagnosis? Because lung cancer comes with a heavy stigma, it can be left out of so many important cancer awareness conversations. This lack of awareness and pervasive stigma can be harmful.

Lung cancer is the second-most-common cancer (after breast cancer) and has the highest death rate across all cancers in the United States. Since lung cancer is so prevalent and so dangerous, you would assume it would receive adequate research funding in order to support the development of new treatments. However, only 6 percent of federal cancer research funding is spent on lung cancer.1,2

There are many nuances and complexities to a lung cancer diagnosis, and this is why we need to know the facts – to broaden our understanding and promote greater awareness.

Tell us more about what you learned about lung cancer after your diagnosis that you did not know beforehand.

The Lung Cancer in America survey was conducted online from January through June of 2020. 804 people completed the survey who have been diagnosed with lung cancer.

When Lung Cancer Turns Your World Upside Down...