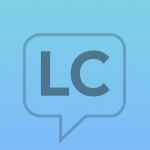 Marijuana, also known as cannabis, is a plant that contains chemicals called cannabinoids. Some cannabinoids affect the brain, changing mood and/or consciousness. Both marijuana and cannabinoids may be addictive.1

Marijuana is often smoked; however, it also comes in ingestible or topical forms. Possession of marijuana is illegal in the United States outside of approved research settings; however, a number of states have legalized marijuana for medical purposes.1

Does Marijuana Increase the Risk of Lung Cancer?

Inhaling smoke of any kind is harmful to the lungs. A recent review was conducted of published research to assess the effects of inhaled marijuana on the lungs. The review included 48 journal articles across several countries. The data indicates that smoking marijuana increases the risk of lung cancer. In addition, the review showed smoking marijuana was associated with an increased risk of emphysema, spontaneous pneumothorax (collapsed lung), and chronic obstructive pulmonary disease (COPD).2

How is Marijuana Used Medically in Lung Cancer?

Marijuana, or cannabis, and cannabinoids have been studied in clinical trials as a method for reducing or managing side effects of cancer and cancer treatment, including:

Delta-9-THC (dronabinol) was not shown to increase appetite or weight gain in patients with advanced cancer when compared to standard treatment (megestrol), although it has been shown to increase appetite in patients with HIV/AIDS compared to placebo. There are no published research studies on the effect of inhaled cannabis on appetite in cancer patients, although studies of healthy people indicate that they consume more calories.

Several studies have suggested that cannabis or cannabinoids can relieve pain when inhaled or taken by mouth.

A small study suggested that patients who inhaled cannabis experienced improved mood, less anxiety and an improved sense of well-being.1

Common Side Effects of Marijuana

Where is Medical Marijuana Legal?