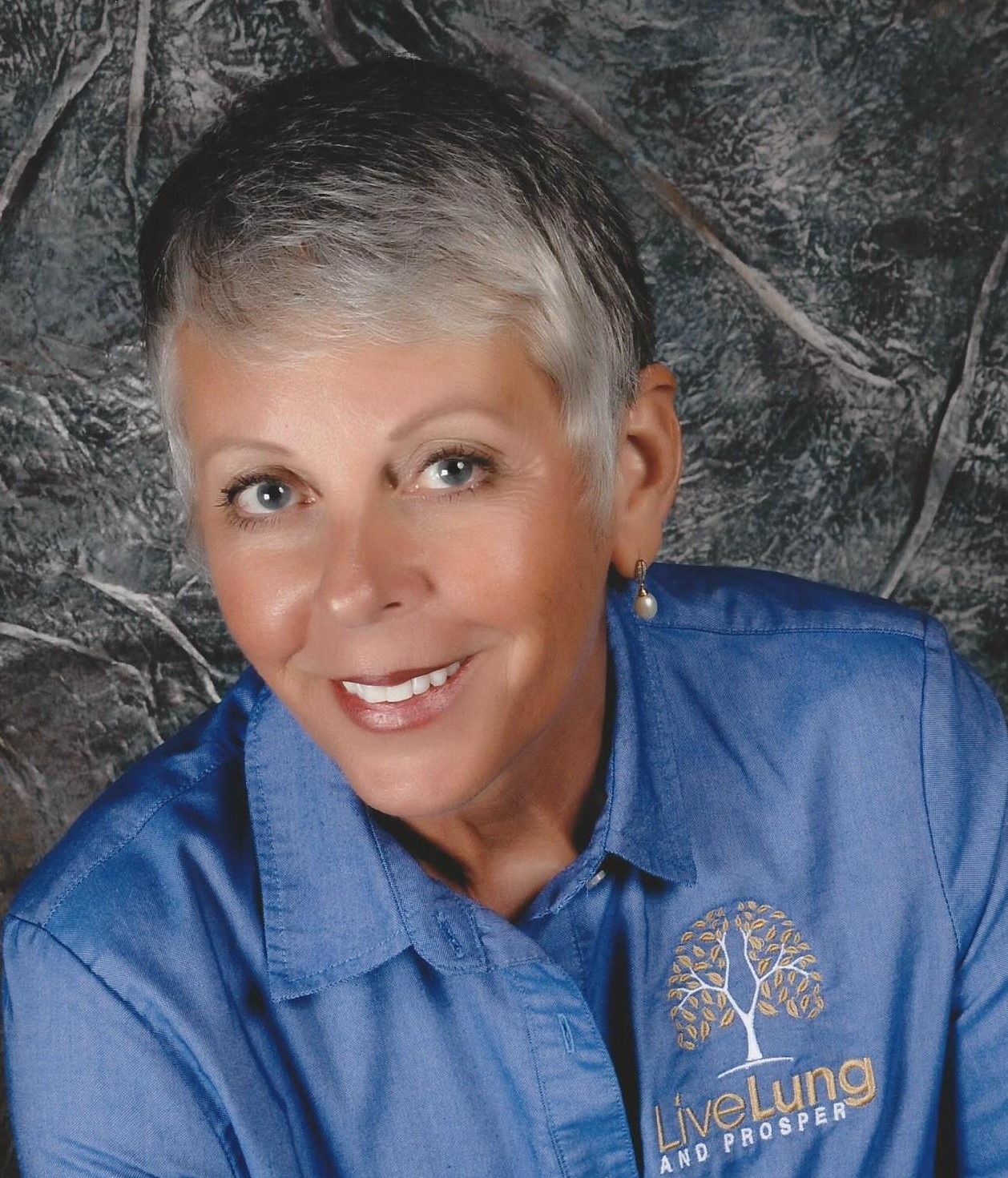 Dusty Donaldson was diagnosed with lung cancer in 2005, at the age of 51. She underwent surgery to remove two lobes from her right lung, followed by adjuvant chemotherapy. She completed treatment within six months of her diagnosis and has been out of treatment since March 2006.

Dusty has been an engaged advocate for the lung cancer community since her diagnosis. She served as a volunteer with numerous nonprofit organizations, including the American Cancer Society, National Lung Cancer Partnership (now Free to Breathe), Lung Cancer Alliance and others. In 2010, she founded the Dusty Joy Foundation (LiveLung), a 501(c)(3) charity organization with a mission of advancing lung cancer awareness, early detection and compassion for people impacted by lung cancer. Dusty also serves as co-leader of the Lung Cancer Action Network (LungCAN), a collaborative association of nonprofits dedicated to lung cancer. In 2016, Dusty co-authored the book The ABCs of Lung Cancer: for Patients and Advocates with her daughter, Kimberly Lester.

Prior to her diagnosis and advocacy calling, Dusty was a print journalist and public/media relations professional. She earned a BA in journalism from Norfolk State University and an MA in public policy journalism from Regent University. She earned a certificate in nonprofit management from Duke University and accreditation in public relations. Dusty has three adult children and three grandchildren. She lives in North Carolina with her husband and their four rescue kitties.

Click here to read all of Dusty's articles on LungCancer.net.