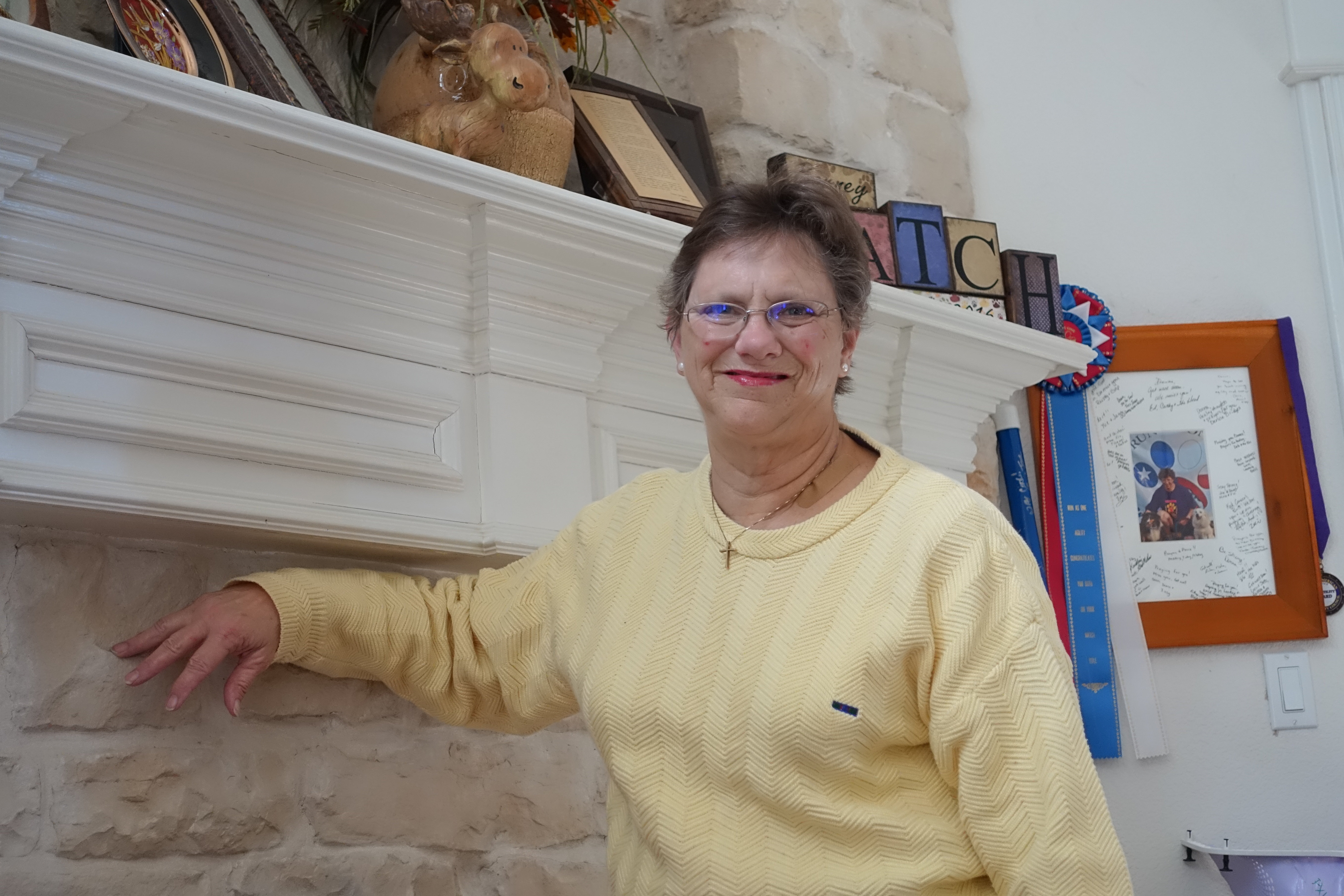 Donna was previously an advocate on LungCancer.net.

Hi, I am Donna Fernandez! I am a daughter, wife, mom, grandmother, animal lover extraordinaire, and a lung cancer survivor.

I am a native Texan, a relatively rare breed these days! I was born in Dallas, but I grew up in West Texas, oil country. I moved back to the Dallas area after high school and have been here ever since.

Despite the fact that I can barely add 2+2 without a calculator, I somehow decided I should get an accounting degree. If nothing more, this choice shows my determination because I couldn’t have chosen a more difficult degree plan for me, unless it was engineering or medicine.

I was working full-time and playing full-time when I was diagnosed with lung cancer. I had developed an addiction to the sport of dog agility and I pursued it with a vengeance! I was in class three to four nights a week and I spent both Saturday and Sunday on the agility field. I was as healthy as I had probably ever been.

I went to the doctor for the first time in about 10 years in October 2012 because, despite all of my activity, I was gaining weight. I decided I must have thyroid problems. I found a primary care doctor that took my insurance and went to get an official diagnosis.

I call her my angel doctor. She felt the tiniest knot on my collarbone and sent me that day for a CT scan. The CT scan results were alarming. She called to tell me that she was going to try to get insurance approval to send me for a PET scan. I had no idea what a PET scan was so I looked it up when I hung up the phone. This was how I came to the conclusion that I must have some kind of cancer. I expected I had thyroid cancer.

The PET scan revealed that I had lung cancer. A biopsy confirmed that I had non-small cell lung cancer, specifically, adenocarcinoma. Stage IV. My first oncologist expected that I would live about four months.

I went through chemotherapy (Avastin, Alimta, and carboplatin). It controlled my tumors while I was getting it, but as soon as we stopped the treatment, the tumors began to grow again. My then-oncologist suggested that I consider entering a clinical trial.

I joined a Phase 3 clinical trial in July 2013. I remained in the trial until July 2017. I had to get out when the tumor on my collarbone outsmarted the trial drug, which, by that time, I knew was nivolumab, aka Opdivo. I had received 98 infusions of Opdivo when I had to quit the trial.

I chose to have radiation to obliterate the tumor in my neck. I underwent 15 radiation treatments. And then, I returned to Opdivo. I am currently not in a trial, but am receiving Opdivo infusions every two weeks. So far, so good!

Click here to read all of Donna's articles on LungCancer.net.